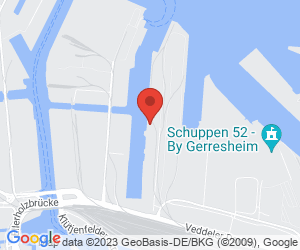 A shared vision and the desire for good food

how three visionaries are revolutionising the takeaway market.

Two things linked the three founders of eatclever in the beginning: the desire for healthy food instead of fast food which could be ordered through a delivery service at any time, in any place and the vision to turn delivery services and the takeaway market upside down.

“How is it that I’m not able to order healthy food?” This is the question that Marco Langhoff asked himself every day. Long and stressful work days were not a rarity for the process engineer. And because he simply had no spare time for cooking, he always had to resort to food delivery. Not only his health but his productivity suffered as a consequence. At this time he had already met Robin Himmels and Mohamed Chahin at a start-up competition. Both were nurturing a similar idea. Robin had travelled a lot and from this had not only got to know the many different dishes of the world but also developed a passion for creative, balanced and healthy meals. Mohamed had already done part time jobs whilst still at school in high-class restaurants and with delivery services. “If we can’t get healthy food delivered to us, then we’ll start making it possible ourselves.”

eatclever’s success story began at a startup weekend. The fundamental idea was formed within 48 hours and the trio, who had only met for the first time in that very same space, quickly realised that the chemistry was right and great things may lie ahead. The first hurdle was to finance a week in Amsterdam for the final selection round of a startup accelerator program. They clawed all of their savings together but unfortunately returned home without a budget or an office. Of course this was a dampener, but the chance to question everything and redefine their young start-up. With this shared idea in mind, Mohamed, Robin and Marco then started small on their own chapter.

How the motto “think big, act small” became the key to success

Valuable knowledge was already being collected before the business’ founding: Robin completed his studies in business psychology and sold his couponing-blog which he’d started at just 15 years old. Marco quit his well-paid job as a process engineer and Mohamed dropped out of his electrical engineering degree. Not exactly the normal background from which to start a food-orientated business but perfect to draft the outlines for the delivery service of tomorrow with process expertise and analytical thinking. Following Marco’s motto “think big, act small”, they had a huge vision right from the start: a scalable model that offered endless possibilities thus revolutionising the delivery service market. The key to success? The combination of experts from each area and the opportunity for everyone to do exactly what they can and should do best, starting with the three founders themselves. Robin takes charge of operations ever since, leading teams because he was in the kitchens from the very beginning. Marco is the embodiment of process competency: consistent high quality, reliable supply chains and an efficient cost structure are what makes eatclever so successful. To do this, Marco never loses sight of the bigger picture and has saved the trio from a bad decision on more than one occasion. Mohamed completes the trio as the people-pleaser, extremely close to the customer from the first second which is only made possible by being able to respond to requests and criticism so quickly.

Everyone said it wouldn’t work, until the trio appeared and just did it

So the three developed seasoning mixes and recipes with the help of nutritional experts. The love of and belief in feel good food for everyone was shared by Mohamed, Marco and Robin. In the first few months, Marco mixed the seasonings himself along with cooks, Robin personally trained the kitchen staff in the partner restaurants on site how to prepare the new dishes and Mohamed answered every customer email and call himself, often late in the night. Only in this way could the trio get a better feel for the processes and their customers and figure out exactly what worked for one point or another.

Amongst the first customers was Tarek Müller, very well known on the founder scene. He was also very high up on Mohamed’s list of feedback calls with customers. Although he’d received the pitch deck, that only convinced him to become a customer not an investor. But from the harmless question, “how did it taste? How can we improve?” a conversation developed around the idea, vision and next steps between Tarek and the founder of eatclever. Between the moment when Mohamed ended the phone call filled with hope until he received the redeeming email which read, “Do you still need money?” a few months passed. All parties involved agreed quickly and simply, and since then Tarek Müller has been considered a business angel in the company. “At the time, Tarek and us shared above all a love for the vision. After more than three years, our relationship has become extremely close. Tarek has already invested several times, because we keep showing that as a management team we are absolutely capable of taking the company to the next level. He stays out of the operational business, but is always there for us when we need him.”
Mohamed, Marco and Robin had similar luck with agency founder Stefan Kolle, who acted as a second business angel in the company of takeaway pioneers. Their expertise has saved the founding team from many typical beginner mistakes and paved the way for the success story.

Driven by ambition and a great vision, pure growth is not enough for the trio. The entire process setup for eatclever always had the goal to serve as a blueprint for further food trends. "Until today, restaurants were operating very static. Some restaurants don't change their menus for decades. But customer's preferences change, which leads to a lot of restaurants standing on the brink of bankruptcy. With clean processes, we ensure that they can react to new trends in the short term, thus ensuring capacity utilisation and jobs" explains Marco.

They received harsh criticism and incomprehension for taking this approach, especially at the beginning: "Open a real restaurant!" They kept hearing. But the certainty that the idea had huge potential meant they would not give up. The success of eatclever proves them right. "We continue to provide our end users with the latest food trends, guarantee our franchisees planning security and a low financial risk, and supply many companies with healthy food through our B2B solutions" Mohamed looks at the future with confidence.

eatclever is in the starting blocks to revolutionise not just the european but the global market - with passion, experience and visionary foresight.

A virtual restaurant is looking for investors

Healthy food for the island

founders of eatclever want to delight Britons with healthy eating

"LOCAL HEROES": THESE ARE THE HOTTEST TREND BRANDS FROM HAMBURG!

YOU SHOULD USE THESE

Mohamed puts the customer first, always. His desire to create great customer experiences has led us to a deeper understanding of what moves our customer. Every customer is unique, that's why we build solutions that perfectly fit their unique needs.
Mohamed puts this mindset to work in his role as Chief of business customer satisfaction. With great success - we see our number of B2B customers growing every week.
Prior to founding eatclever, he helped the digital table reservation Startup "resmio" expand its customer base across Germany. Now resmio is the German market leader.
His mantra for a clear and strong mind: A fixed morning routine with meditation and a workout, deep & meaningful relationships, and of course, a healthy diet.

Robin loves being in situations where he can explore the underlying mechanics of things, whether they are machines, processes, or products. Analysing and understanding how a certain ingredient in a recipe influences the taste does not just allow you to tweak the product, but also to develop new products. This insight holds value through all his interests in food, processes & technology.
This curiosity led him to found his first company, an affiliate business comprised of multiple couponing platforms. Understanding how consumers and employees behave and how they can be motivated was the reason he studied business psychology and e-business. After selling his first company he decided to combine his passion for food with his desire to build and develop products & businesses.
As COO he leads & develops our teams in the areas of Partner Management, Product Development, Customer Support, and Logistics. He always looks for ways to further improve the way we do things together with the individual team leads.

Marco's strength is to find solutions to major business challenges. Therefore, he developed strategies to solve these key challenges and focus on executing the right actions to win.
Marco serves as the CEO of eatclever’s great team. Together they make delicious Feelgood Food easily accessible to everyone in the world. He create and communicate our vision, strategy and helps to solve challenges on our way.
Before eatclever, he worked as a process engineer and consultant in the automotive industry with a strong focus on automation.
In addition to his passion for healthy food, entrepreneurship and technology, he ́s passionate about learning and always grateful for a good book or online course recommendation.

If you haven't done this, you don't know your customers

Despite Brexit, why this is the perfect timing.

How to build virtual restaurants - and why we do it

We will send you a maximum of one email per week per company you follow.